Calva relies a lot on that VS Code makes it really easy to find commands by opening the command palette: ctrl+shift+p (Windows/Linux), cmd+shift+p (Mac), and then start typing some words (or part of words) that you think might be in the command.

To leverage this, all Calva commands are prefixed with Calva. As an example, say you want to evaluate a form and pretty print it. Then you can do this:

VS Code will match cal to ”Calva”, ev to ”Evaluate”, and pr to ”pretty” in ”pretty print”. It looks like so:

As you can see on the screenshot, VS Code will also reveal the keyboard shortcut for the command. My advice is to make it a habit to try to remember those shortcuts and use them for a more effective workflow.

All the Settings and Commands

Did you know? There is a complete list of Calva settings and commands in the Contributions tab of the Calva entry in the Extensions pane in VS Code. 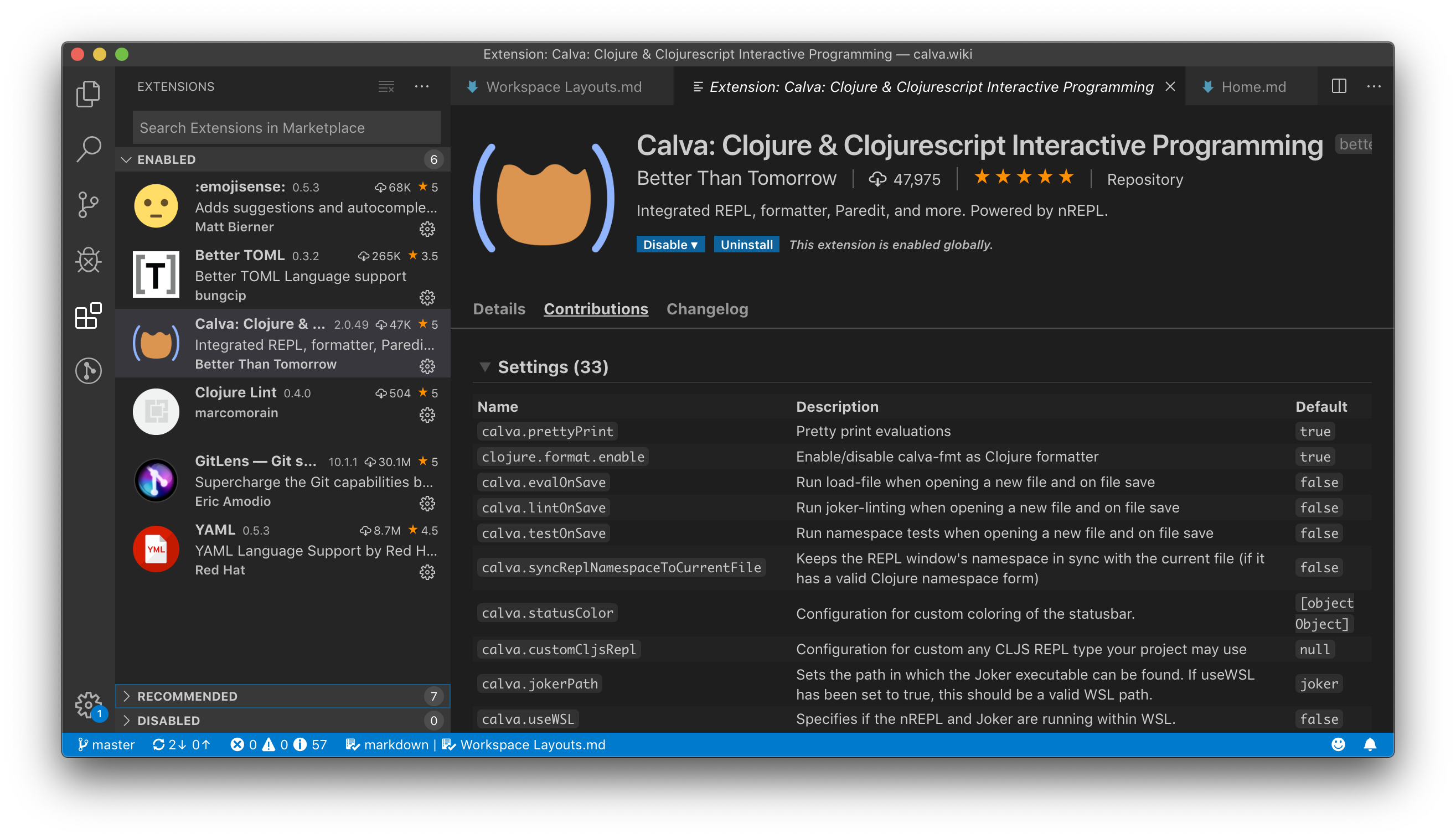 By default it is not bound to a shortcut so as not to cause confusion by users unwittingly pressing it, but if this is something you'd like to use often, you may want to bind it to a shortcut.